GREMM » No category » What do Belugas Teach Us about the St. Lawrence and about Ourselves? (8/8)

What do Belugas Teach Us about the St. Lawrence and about Ourselves? (8/8) 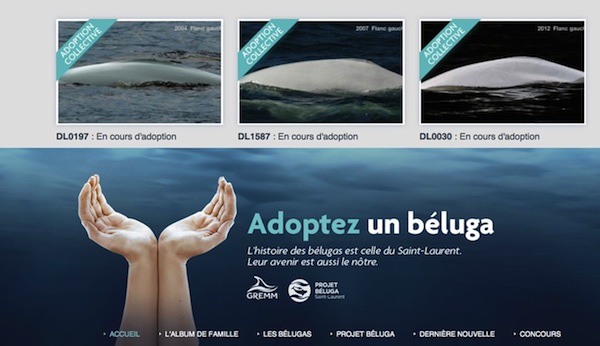 Beluga stories: this is the final episode of the transcript of the training lecture given by Robert Michaud at the CIMM on June 22, 2015. In this text and audio episode: the genetic diversity of the population and the possibility of an introduction of belugas from the Arctic are discussed at length. A closer look is taken at plans to install an oil platform in the Gulf of St. Lawrence. And what can be done to aid the belugas’ cause?

On June 22, Robert Michaud, scientific director and co-founder of the Group for Research and Education on Marine Mammals (GREMM), gave a training lecture at the Marine Mammal Interpretation Centre (CIMM) in Tadoussac. The biologist and St. Lawrence beluga specialist shared stories about these whales and raised questions about the current decline in the St. Lawrence population. Whales Online brings you excerpts of this presentation, in the form of a sort of written and audio series to be followed all summer and fall.

What critical threshold would have to be reached by the St. Lawrence beluga population to consider relocating belugas from the Arctic? At what number of individuals is the critical threshold of genetic diversity reached?
Robert Michaud fields the question and Nadia Ménard, ecologist and team leader for the Saguenay–St. Lawrence Marine Park, adds some of her own thoughts. The project to reintroduce the Atlantic walrus, which is extirpated in the St. Lawrence, is discussed. Would introducing or reintroducing a population or species cause problems?
Listen (4 min 15 s) (in French)

What has become of plans to drill for hydrocarbons in the Gulf of St. Lawrence, notably the Old Harry geological structure?
Listen (3 min 15 s) (in French)

On the Fisheries and Oceans Canada website:
The Atlantic walrus
St. Lawrence Estuary Area of Interest

How Far Back Does the Presence of Belugas in the St. Lawrence Go?