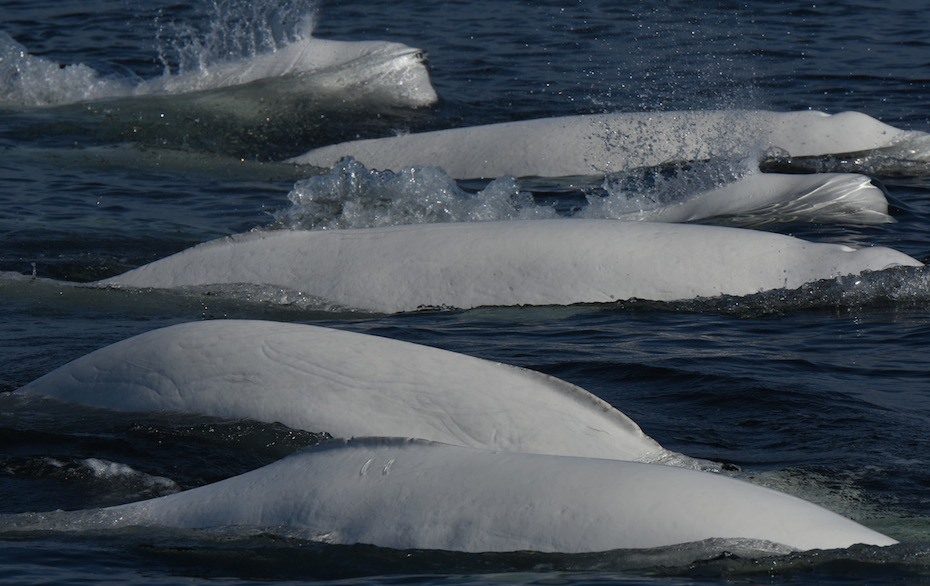 It’s the third and last week of the intensive biopsy program for St. Lawrence belugas. Our goal is to obtain 50 biopsies in each of the three years of the project. We begin the week with 28 biopsies in hand! It’s a tall order!

September 25, 2015: As of the morning of the last day in the field, we have already managed 51 biopsies! The week has been very productive. Just as we’ve done every morning for the past three weeks, we get up early and head out to sea to locate belugas. The more samples we obtain, the higher the likelihood that our results will be representative of the population. Today, we head upstream, into the Upper Estuary. A first contact is made near Île aux Fraises, a second one at Île aux Lièvres and to finish the grand tour, a final one off of Île Blanche off the Charlevoix coasts. Fantastic conditions – but especially the fact that the entire team that has been becoming increasingly adept at sampling – allow us to take an additional seven biopsies. It’s our best season since the program was launched in 2013. A great deal of laboratory work now awaits us. To be continued!

Click on the map to navigate with the Bleuvet and discover the highlights of the week! Although this map is only available in French, the image it illustrates goes beyond language.